Have you ever been watching or reading the news and heard a term used that you didn't know the definition of? If you're like me, you use Google or dictionary.com to look up the definition of the word. But what about those terms that are relevant to a specific industry and mean something completely different when taken in the context of that industry?

We're addressing that gap with this list of recently coined or frequently used words and terms related to clean energy and their definitions in a quick reference guide format that we hope you'll be able to refer back to again and again. 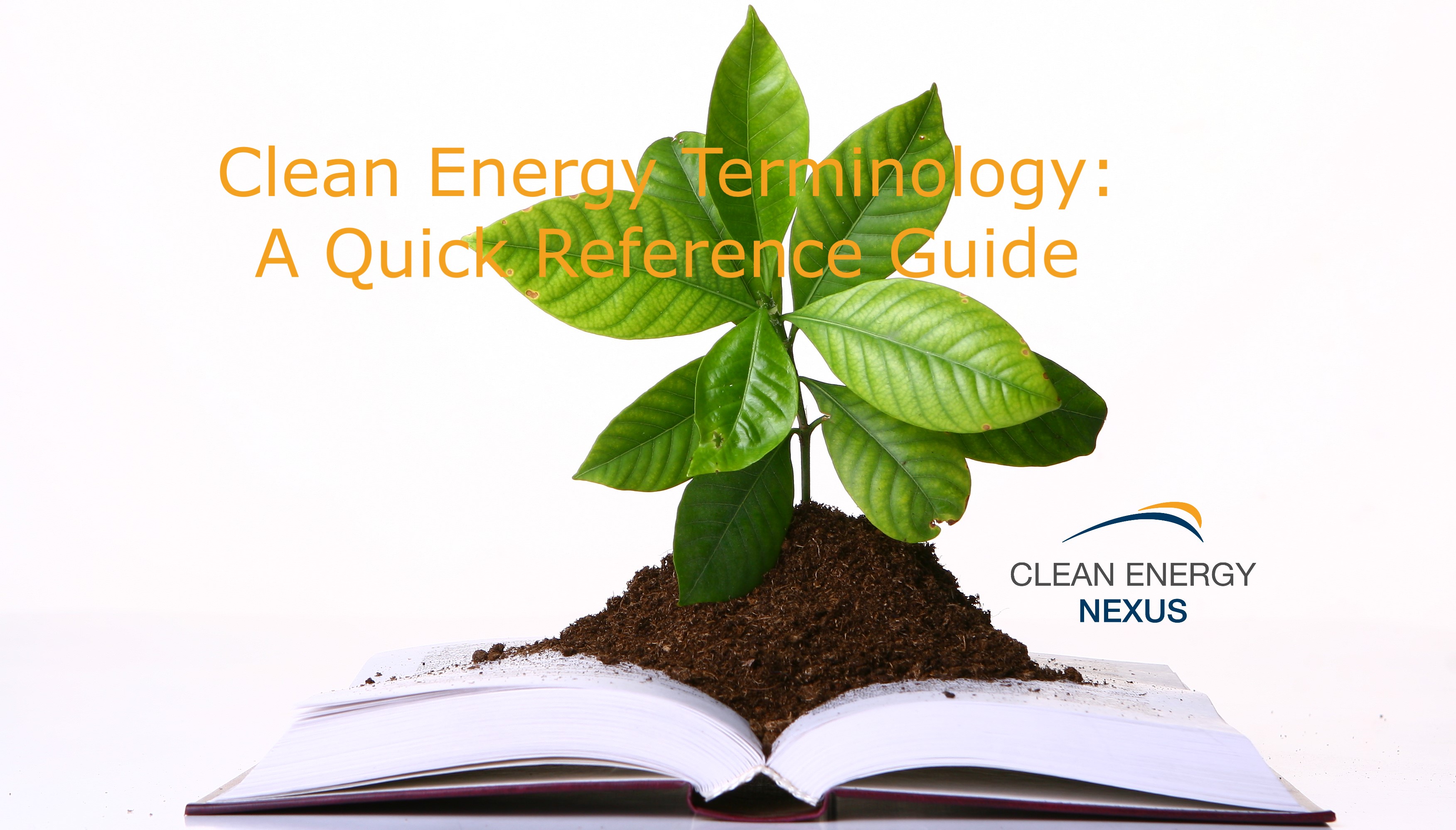 What is a green company? A green company is a company that is perceived to act or claims to act in a way that minimizes environmental damage.

What is green hydrogen? Hydrogen fuel that has been produced using renewable energy instead of fossil fuels.

What are inverters? Inverters are part of a solar energy system and convert the DC energy that is produced by solar panels into AC energy that we are able to use as electricity.

What are watts/kilowatts/megawatts, and what's the difference between them? Watts are the term used to measure electrical energy and is abbreviated with a singular W. One kilowatt (kW) is equal to 1000 watts, and one megawatt (MW) is equal to one thousand kilowatts.

What is the Paris Agreement or Paris Accord? The Paris Agreement, sometimes referred to as the Paris Accord, is an international treaty originated in Paris, France in 2016 that has been signed by almost 200 countries to reduce greenhouse gas emissions. More specifically, the agreement aims to keep the global temperature rise below 1.5 degrees Celcius, which will take the Earth back to pre-industrial revolution levels. Meeting this goal requires a global net-zero by 2050, and scientists estimate electric power generation from coal must fall 80% below 2010 levels to hit this target. President Biden re-signed the Paris Agreement on behalf of the United States of America when he took office in 2021, thereby committing the USA to participating in meeting these goals.

What are greenhouse gas emissions? Greenhouse gas emissions, sometimes abbreviated to GGE, are primarily comprised of four gasses that are created by human activity on the planet and when released into the atmosphere, create a blanket effect on the planet that traps in energy from the sun and increases the temperature of the Earth. These four main gasses are carbon dioxide (about 80%), methane, nitrous oxide, and fluorinated gasses. Carbon dioxide primarily enters the atmosphere through the burning of fossil fuels.

What is Bloomberg New Energy Finance? Bloomberg New Energy Finance, or BloombergNEF, or simply BNEF, is a well-known research organization in the industry that researches and provides reports referenced throughout the clean energy industry on global commodity markets and disruptive technologies driving the low-carbon economy transition. Their research reports on technologies such as solar panels and electric vehicles drive consumer and corporate strategy and purchases.

What is carbon capture? Carbon capture is the act of trapping carbon dioxide primarily emitted through the burning of fossil fuels before it enters the atmosphere. The carbon dioxide that has been captured is either reused or stored at a site where it will not enter the atmosphere. Often this involves burying the captured carbon dioxide in a storage container underground. Relatedly, carbon capture, utilization, and storage, or CCUS for short, is an emissions reduction strategy that is often part of a sustainability plan or green plan for large companies that have not otherwise implemented strategies to curtail the burning of fossil fuels in their operations.